The people behind Janet Granger Designs 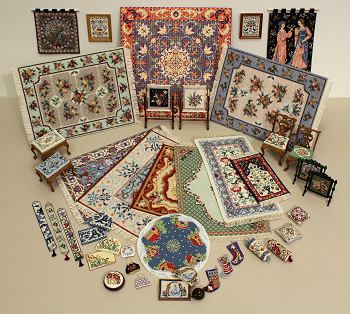 Janet Granger Designs is a company run by just two of us – Janet and Chris Granger. We live in a small village in Staffordshire, in the beautiful Peak District.

We set up the business in January 1996 and began selling miniature needlepoint embroidery kits to make items for twelfth scale dollhouses. This business takes up virtually all our time, as anyone who has been self-employed will know, but when we get a few moments off, we do have some other interests.

Here’s a bit more about us: 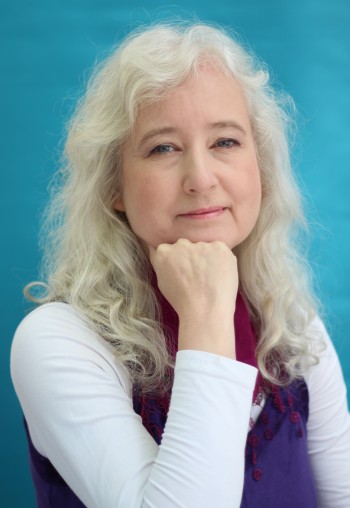 I had my first taste of doing embroidery when I was just four, and was designing at fourteen. I’ve always loved it. I had two exhibitions of needlework while in my teens. I left school at sixteen, frustrated with the academic direction I felt I was being pushed in. I worked in public libraries for seventeen years, then left to concentrate on marketing my range of miniature needlepoint carpet kits for collectors’ doll’s houses. My first book, “Miniature Needlepoint Carpets”, featured 25 designs from this range, and was published by the Guild of Master Craftsmen in 1996. The second book, “Cross Stitch Kitchen Projects”, was for full-size cross-stitch designs. Both books are now out of print.

In 2002, I completed an Open University degree course in Social Science, specialising in Social Policy and Criminology, obtaining First Class Honours – so now I am a Bachelor of Science as well as an embroidery designer (!). I feel I’ve now had my share of formal studying, although I still like finding things out, and always have several books on the go – I love reading, especially books on spirituality, and alternative therapies such as aromatherapy.

In 2009 I came across Universal Sufism, and the following year I decided to follow it as my spiritual path. I find it very broad-minded, helpful and applicable to daily life. The people I have met through the Sufi path are wonderful! 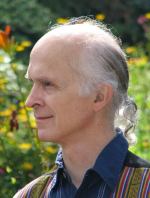 CHRIS:
I met Janet in 1991 and soon found that the doll’s house ‘bug’ had ‘bitten’ me, too! I was once a science graduate (a very long time ago!) and worked as a science teacher for over twenty years. I left teaching in the Spring of 1999 so that I could work full-time with Janet, providing some technical input into the partnership. I’m keen on website design and computers generally, so a lot of my time is spent playing (‘working’, Janet calls it) at the PC. The many tasks that a computer can assist with in a small business are usually tackled by me – but the designing is definitely Janet’s special domain!

I’m very interested in music, and play the guitar every day. I own over a dozen different instruments, and love singing, too. I also follow the Sufi path now.

We both enjoy walking, which is particularly good as we live in such a lovely part of the country. We are both vegetarians, and are interested in alternative medicine and slower-paced lifestyles – we believe that you should enjoy the work you do, and that people should not be defined simply by their job title. We try to live simply, and take time to experience the important things in life.

Other places you can find us on the internet:

Blog: janetgranger.wordpress.com This is where I talk about all kinds of embroidery – full-size as well as miniature. See what kits are in the process of being designed, and what stitching I am currently doing; learn how to do surface embroidery styles such as stumpwork and crewel embroidery; read book reviews, and so on.
Facebook: www.facebook.com/janetgrangerdesigns Come and ‘like’ my Facebook page! See what kits have been launched, what sales are happening, as well as beautiful examples of embroidery and miniature artisans’ work that I see online, and can’t resist passing on….. OK, and the occasional picture of a kitten!
Pinterest: www.pinterest.com/janetembroidery If you love collecting images of wonderful embroidery and dollshouse interiors, this is the place to go! I have several boards that you can follow, full of ideas for your own doll’s houses and stitching projects.
Etsy: www.etsy.com/uk/shop/DollhouseEmbroidery A selection of my dollhouse needlepoint kits are available in my Etsy shop – one feature of the Etsy shop which is very useful is the ability to save items to a Favourites list, so you can compile your own wishlist of kits you’d like later!